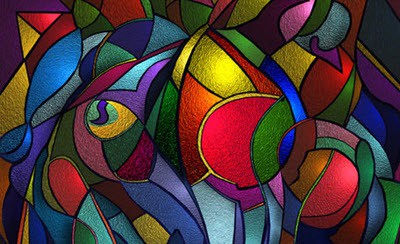 As a follow-up to a prior blog post on the “Top 7 Data Visualization Best Practices”, I wanted to go into a bit more detail about “visual features”. In the prior blog, we discussed “intuitive” data visualizations and how that stems from your brain pre-attentively processing visuals. While it’s not technically accurate, many people think of pre-attentive processing as subconsciously understanding a visual. However you describe it, it is fast! On the order of 40-50 milliseconds for the average person. To put that in perspective, a single flap of a hummingbird’s wings is about 20 milliseconds. Alternatively, the human brain perceives anything around 30 milliseconds as “continuous”, which is how “motion pictures” work. So 40 milliseconds would be around the speed of a single frame in a movie.

Colour: How shapes appear to eyes in terms of combinations of red, blue, and green.

Position: Where shapes appear in relation to each other.

Motion: The direction in which shapes move compared to each other.

Naturally these four categories of visual features help us to classify pre-attentive visual features, but they don’t really help us understand exactly what each one is. Luckily we have a list of the various visual features that belong to each type. Everything in this list can be processed very quickly by your end users.

For all of the following visual features, the average person can spot the “difference” in 40-50 milliseconds. For some of these visual features the term used may not be self-explanatory, so a brief description is provided below the term.

The majority of pre-attentive visual features fall into this category. This category includes the following: 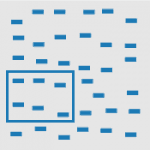 Of this list, concave and convex are not normally used due to their three dimensional appearance.

So while concavity/convexity can be processed pre-attentively, it is not generally best practice to include this when visualizing data.

There are only two visual features related to colour that can be processed pre-attentively, and they are intensity and hue.

Hue (a colour different from other colours already present)

In positional visual features, there are only two that can be processed pre-attentively, and they are two-dimensional (2D) position and stereoscopic depth. 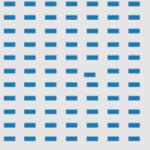 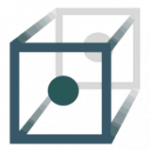 As another example, in the following image, find the two red squares.

Or in this image, is there a red circle?

These last two questions take considerably longer than 40-50 milliseconds, so they would be considered post-attentive, meaning they take focused attention to view, perceive, and comprehend.

There you have it… the official list of pre-attentive visual features. I’m not normally one to memorize things, but when it comes to data visualization, I recommend committing the list of pre-attentive features to memory. In addition, memorizing the list of visual feature effectiveness by data type from my previous blog is also a huge help when designing data visualizations.