How to Design and Build Effective Dashboards in Tableau

The Data Visualization & Dashboards Seminar we hosted in Toronto last week was a tremendous success, and I would like to extend a thank you to all those who attended! We have received so many requests for the dashboards presented during the “How to Design and Build Effective Dashboards” demonstration session, I thought I would share them in this blog. The underlying story/premise and methodology used to support the story are described for each of the four dashboards.

Keep in mind two foundational decisions for creation of an effective, useful dashboard… what story are you telling (a.k.a., the premise of your dashboard), and how you will support the story through visual elements and interactivity specifically targeted to the story.

It is best practice to narrow the focus of your dashboard to a central premise. Dashboards that attempt to address a wide variety of stories or premises often become overly complex. In general, if you end up needing to create help or user guides for your dashboard it may lack the focus required to be optimally effective.

Data on parking infractions has a fairly simple structure, but this does not mean that a dashboard built on it will be simple. This dashboard has a large number of records and numerous time, geography, and filtering mechanisms to drill down on the large volume of data very quickly.

Story: There are discernible patterns and noteworthy exceptions in location and time in the parking infractions issued around Toronto. 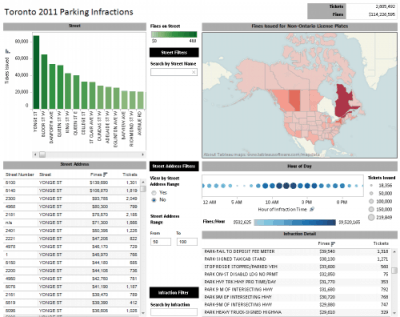 Note: The Tableau Public version of the dashboard is limited to 1 million rows of data. To obtain the version that contains all 14 million records, contact Unilytics directly.

This workbook consists of numerous dashboards focused on Google AdWords performance. Twelve different data sets are required to run this dashboard, and as such it is a good example of blending data from a wide variety of sources. The dashboard highlights differences between status dashboards (i.e., the “managers” dashboard) and investigation dashboards which would most likely be used by data analysts.

Story: AdWords is a complex topic, and there are a number of ways to investigate the effectiveness and ROI on AdWords spend. 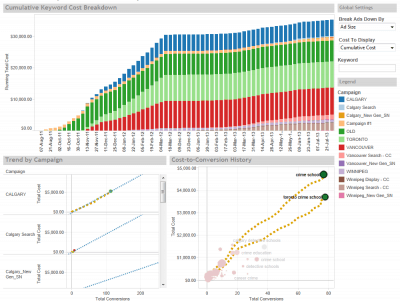 This dashboard highlights the usefulness of using time when playing back data over numerous time periods. In this case, life expectancy and fertility rates are compared between 1960 and 2010. The use of data animation quickly highlights patterns in the data that aren’t readily apparent when viewed statically.

Story: There is an obvious correlation between birth rate and average life expectancy and huge discrepancies between various areas of the world. 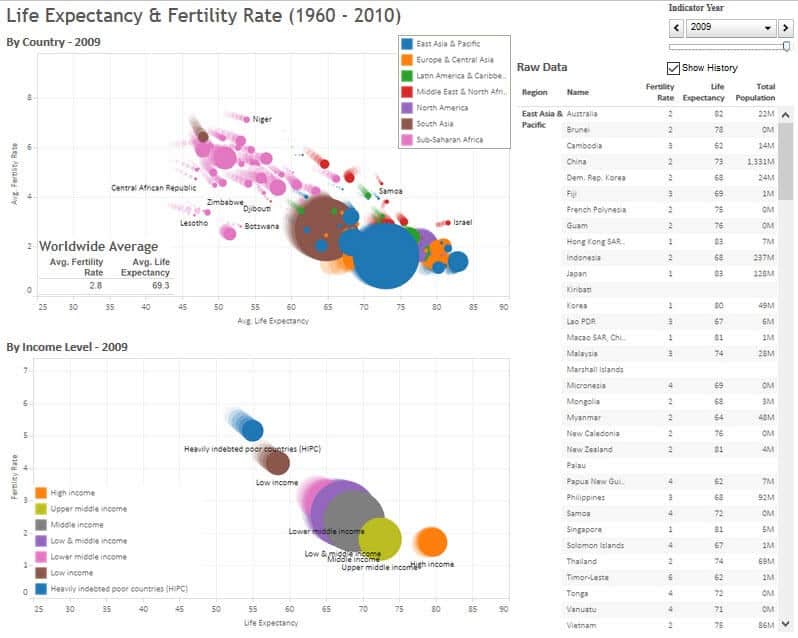 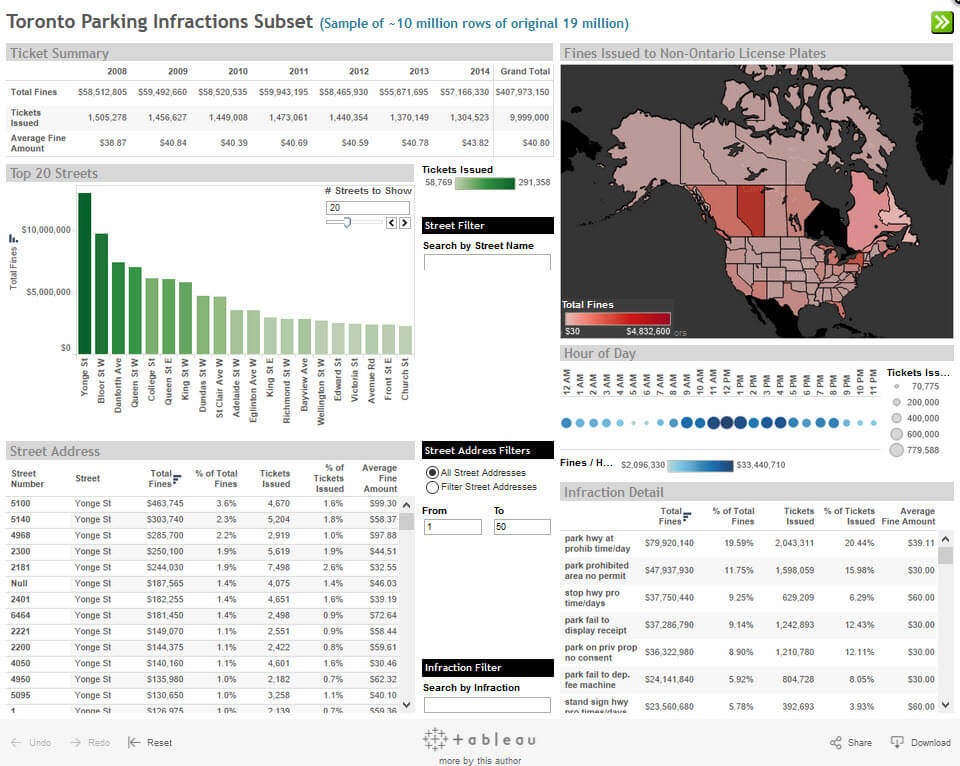 Kick start your Tableau journey! Our Tableau masters can help you rapidly produce powerful dashboards.
To inquire about Tableau services, leave your email.